On Thursday October 16th 2014, the private club Salon de Bricolage (Athens) and the curator Anna Chatzinassiou present at the affiliated private club The Hospital Club in London, a group exhibition titled “Staging the domestic”. The exhibition will last till Sunday December 7th 2014. 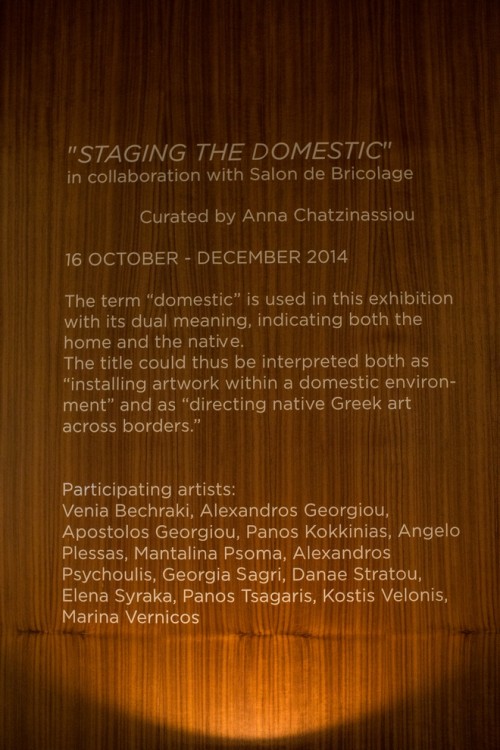 The exhibition opens in parallel to the opening of Frieze Art Fair London, one of the world’s leading contemporary art fairs and meeting point for the international artistic creation. 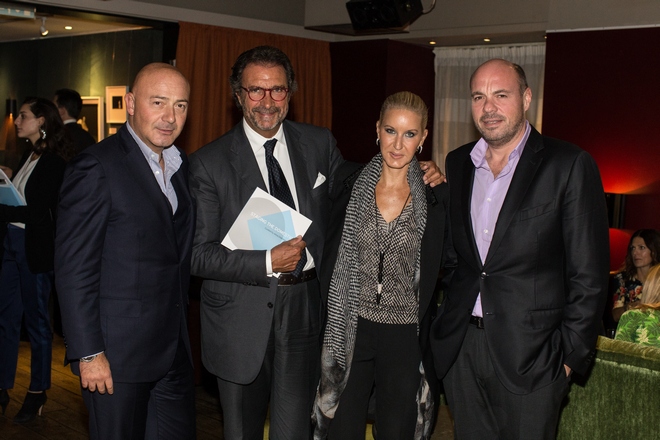 The title “Staging the domestic”, inspired by the work of artist Kostis Velonis, has a double meaning. The term “domestic” is used in this exhibition with its dual meaning, indicating both the home and the native. The title could thus be interpreted both as “installing artwork within a domestic environment” and as “directing native Greek art across borders.” 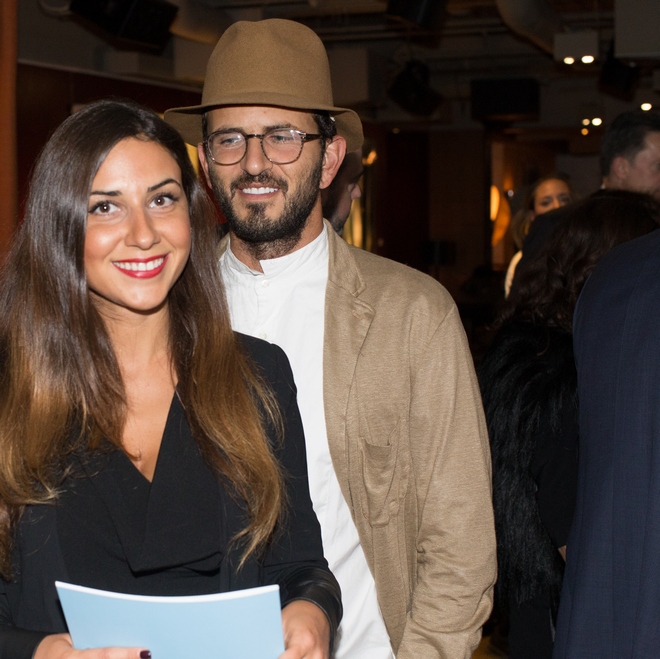 The artists Venia Bechraki, Alexandros Georgiou, Apostolos Georgiou, Panos Kokkinias, Angelo Plessas, Mantalina Psoma, Alexandros Psychoulis, Georgia Sagri, Danae Stratou, Elena Syraka, Panos Tsagaris, Kostis Velonis and Marina Vernicos, express themselves through various artistic mediums such as painting, photography, drawing, sculpture and in-situ web installations.  A series of artworks will be shown through a different contemporary approach, which strives to create a dialogue, aiming to explore further the idea of an aesthetic and spiritual elevation created by art on a actual living level, inside “our home”.

On a deeper level, the selected artworks exhibit intense introspection and existential pursuit as the artists involved make clear their wish to create an antidote to the daily restlessness of the human mind; in consequence, their art soothes the soul aesthetically and aims to create a sense of shelter; a further reflection upon the necessity of art in people’s homes. 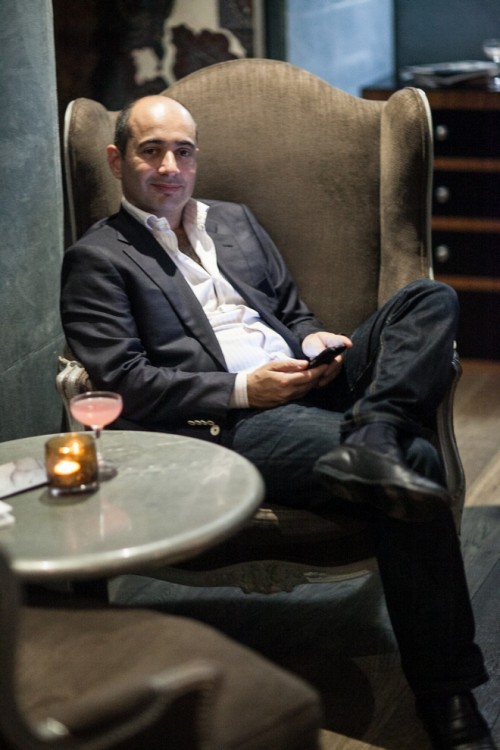 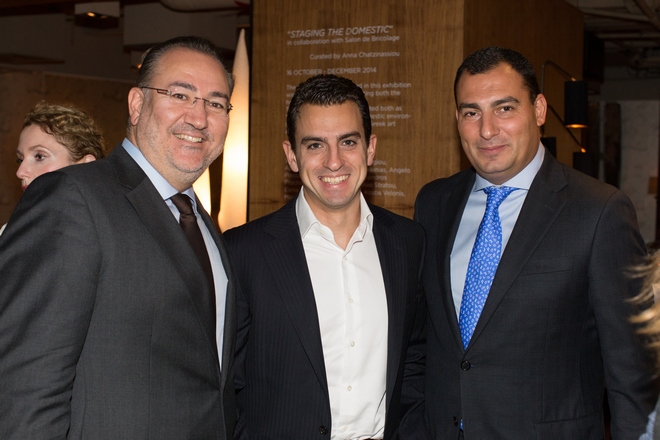 * Founded in 2004 by Paul Allen, the co-founder of Microsoft Corporation, and the former member of Eurythmics, musician David A. Stewart, “The Hospital Club” is one of the most successful private members’ clubs in London, with it’s own very important art section and a vast exhibition program. “The Hospital Club” has also been paired up to Chrysanthos and Spyros Panas “Salon de Bricolage” private members’ club in Athens, of which Anna Chatzinassiou curates the artistic program.