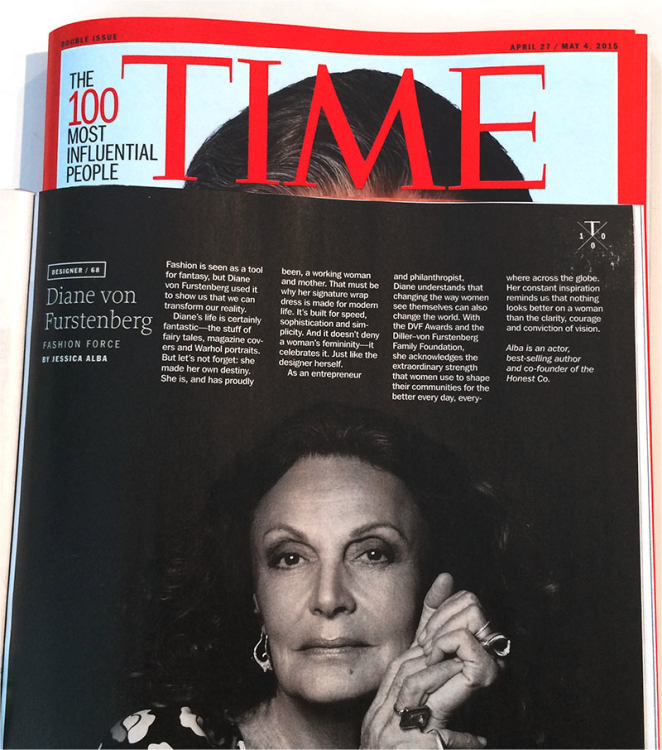 Fashion is seen as a tool for fantasy, but Diane von Furstenberg used it to show us that we can transform our reality.

Diane’s life is certainly fantastic—the stuff of fairy tales, magazine covers and Warhol portraits. But let’s not forget: she made her own destiny. She is, and has proudly been, a working woman and mother. That must be why her signature wrap dress is made for modern life. It’s built for speed, sophistication and simplicity. And it doesn’t deny a woman’s femininity—it celebrates it. Just like the designer herself.

As an entrepreneur and philanthropist, Diane understands that changing the way women see themselves can also change the world. With the DVF Awards and the Diller–von Furstenberg Family Foundation, she acknowledges the extraordinary strength that women use to shape their communities for the better every day, everywhere across the globe. Her constant inspiration reminds us that nothing looks better on a woman than the clarity, courage and conviction of vision.